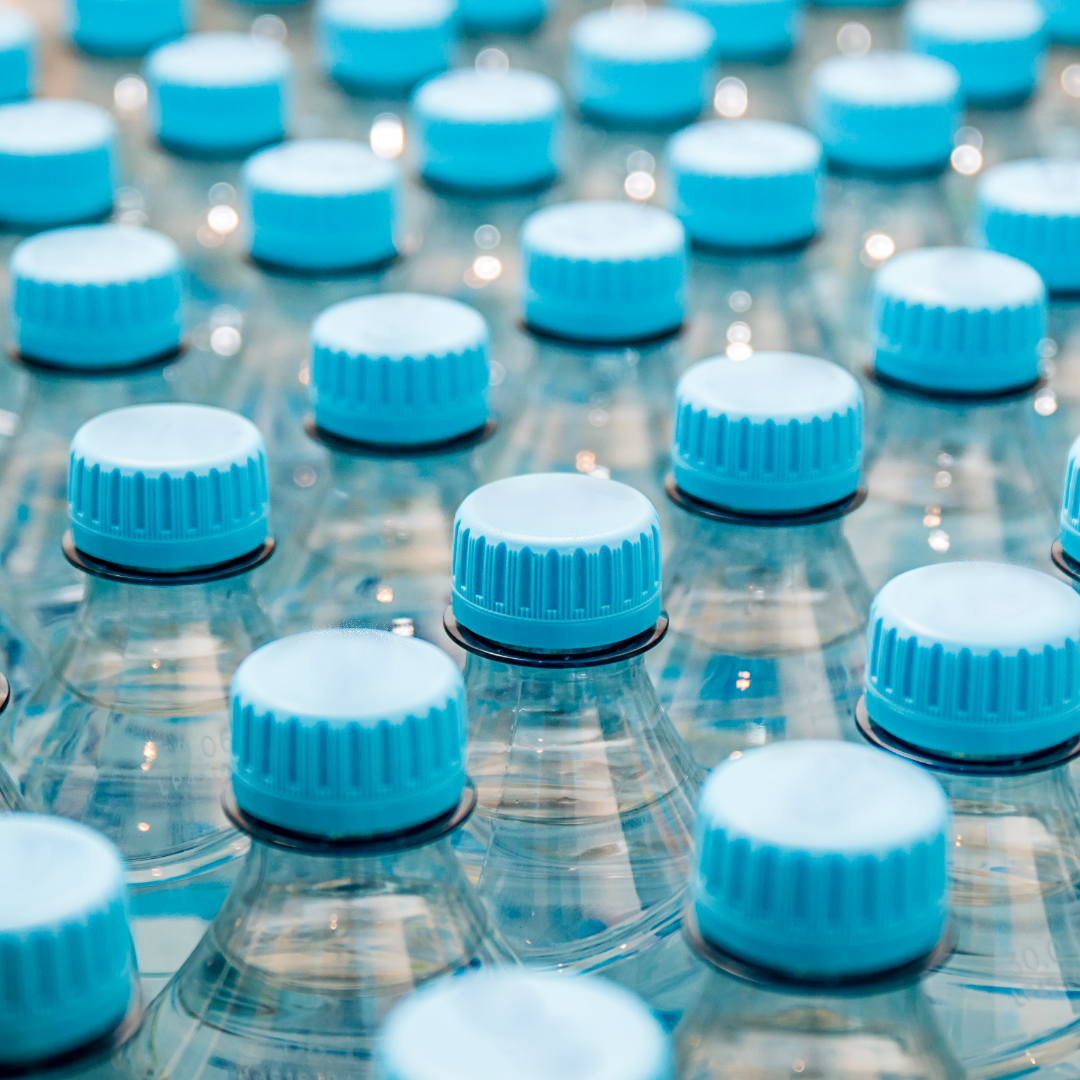 Curious how plastic bottles are made? Consider this.

According to Thomas Net:

“Plastic bottle manufacturing takes place in stages. Typically, the plastic bottles used to hold potable water and other drinks are made from polyethylene terephthalate (PET), because the material is both strong and light. Polyethylene (PE) in its high-density form is used for making rigid plastic bottles such as detergent bottles and in its low-density form for making squeeze bottles. Polypropylene (PP) is used for pill bottles and the like. Polycarbonate (PC) is used for refillable water bottles and similar reusable containers. To understand the manufacturing process, it is helpful to first examine the compositions of PET, PE, PP, and PC and how these materials affect the making of plastic bottles.

“Polyethylene Terephthalate is a thermoplastic polymer that can be either opaque or transparent, depending on the exact material composition. As with most plastics, PET is produced from petroleum hydrocarbons, through a reaction between ethylene glycol and terephthalic acid. To produce plastic bottles, the PET is first polymerized to create long molecular chains.

“Polymerization itself can be a complicated process and accounts for many of the inconsistencies between one batch of manufactured PET and another. Typically, two kinds of impurities are produced during polymerization: diethylene glycol and acetaldehyde. Although diethylene glycol is generally not produced in high-enough amounts to affect PET, acetaldehyde can not only be produced during polymerization but also during the bottle manufacturing process. A large amount of acetaldehyde in PET used for bottle manufacturing can give the beverage inside an odd taste.

“Once the plastic itself has been manufactured, the bottle manufacturing process can begin. To ensure that the PET is appropriate for use, numerous tests are done post-manufacturing to check that the bottles are impermeable by carbon dioxide (which is important for bottles that carry soda). Other factors, such as transparency, gloss, shatter resistance, thickness, and pressure resistance, are also carefully monitored…

“Another thermoplastic, polyethylene is used for manufacturing blow-molded milk and water jugs, detergent bottles, ketchup bottles, etc. Both LDPE and HDPE can be thermoformed, blow-molded, injection-molded, etc. LDPE was one of the first plastics to be blow molded and today it is still used for making squeezable bottles, as it has high ductility compared with HDPE, but lower strength. HDPE is used for many forms of pourable bottles. The material in its natural form is usually white or black and becomes translucent when thinned to the dimensions of milk bottles and the like. Suppliers can adjust formulation to increase tear strength, transparency, formability, printability, or other parameters.

“Polyethylene is composed of a single monomer, ethylene, making it a homopolymer. LDPE is amorphous while HDPE is crystalline which accounts for LDPE’s greater ductility and HDPE’s higher rigidity. Polyethylene is more expensive than polypropylene – the cheapest of the thermoplastics – though the two share many applications…

“Polypropylene resin is a usually opaque, low-density polymer with excellent thermoforming and injection molding characteristics. For bottles, It competes primarily against polyethylene and can be made transparent for see-through applications, while polyethylene can only be made translucent, as in milk jugs, for example. Polypropylene cannot match the optical clarity of polymers such as polycarbonate, but it does quite well. Its low viscosity at melt temperatures makes it well suited to extrusion and molding applications, including blow molding…

“Polycarbonates are manufactured by polymerization of bisphenol A (C15H16O2) and phosgene (COCl2). It is a costly material compared with other bottle-making polymers, so its use is restricted primarily to high-end reusable bottles such as nursing bottles or those found on water coolers or in lab settings. The material has excellent optical properties and strength, making it suitable for bottles that must display their contents with the transparency of glass but which also must be able to cope with repeated, and sometimes rough, handling. The material withstands repeated washings and is autoclavable…

“The first stage of a typical 2-step Reheat and Blow Machine (RBM) bottle manufacturing process is injection molding. Plastic pellets are plasticized in the barrel of an injection molding machine where the plastic is melted by heat and the shearing action of a feed screw. The plastic is then injected into multiple-cavity molds where it assumes the shape of long, thin tubes. These tubes, called parisons, usually include the formed necks and threads that will be used to cap the bottles that are yet to come. PET parisons, or pre-forms, are easily shipped to bottling facilities as they are much more compact than fully formed bottles.

“During the re-heat process, the parisons are loaded into a feeder and run through an unscrambler, which orients the parisons for feeding into the blow molding machine. The parisons are heated by passing by quartz heaters and then enter the mold. Here, a thin steel rod, called a mandrel, slides into the neck of the parison where it fills the parison with highly pressurized air, and stretch blow molding begins: as a result of the pressurized air, heat, and pressure, the parison is blown and stretched into the mold axially and radially, where it assumes a bottle shape. This process produces what is called a bi-axially oriented bottle which provides a CO2 barrier ideal for containing carbonated beverages.

“The mold must be cooled relatively quickly, so that that the newly formed component is set properly. There are several cooling methods, both direct and indirect, that can effectively cool the mold and the plastic. Water can be coursed through pipes surrounding the mold, which indirectly cools the mold and plastic. Direct methods include using pressurized air or carbon dioxide directly on the mold and plastic.

“Once the bottle (or, in continuous manufacturing, bottles) has cooled and set, it is ready to be removed from the mold. If a continuous molding process has been used, the bottles will need to be separated by trimming the plastic in between them. If a non-continuous process has been used, sometimes excess plastic can seep through the mold during manufacturing and will require trimming. After removing the bottle from the mold and removing excess plastic, the plastic bottles are ready for transportation or filling.

“Other bottle manufacturing processes combine the formation of the parisons and the blow molding in a single continuous process. One such machine is a continuous extrusion machine wherein an extruder is continuously producing a parison. In the extrusion blow molding process, the parison forms vertically and its wall thickness is varied by changing the size of the orifice through which the parison extrudes. Mold halves close over the suspended parison and transfer it to the blow molding station where the bottle is formed as in the second step of the RBM process described above. Varying the wall thickness solves the problem of non-uniformity of the hanging parison as the weight of the formed portion would otherwise stretch the hot and still-forming section above it. Wall thickness is thus increased as the parison forms to create a uniform thickness throughout the formation.

“Another manufacturing process is the reciprocating blow molding machine. These machines move the screw linearly within the injector barrel to accumulate a shot. Then the screw pushes the shot over the mandrel to create the parison after which it is formed in the usual manner. Such machines are commonly used to create the ubiquitous HDPE handled milk jug, originally produced by Uniloy Corp. in the 1960s.” 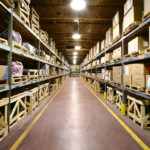 Full Turnkey: What Does That Actually Mean? Prev post
Bernard Laboratories Completes Line of Formulated Products for Militec-1 Next post 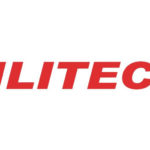