According to Processing Magazine:

A well-developed mixing strategy is essential to production efficiency. Ideally, mixing equipment and procedures are evaluated periodically, as production needs change or when new formulations come through the pipeline. However, mixing is often overlooked in terms of upgrades, at least until it becomes a source of drastic losses whether because of low yield, recurring contamination, inconsistent product quality or excessive labor hours.

In mixing, it is not too difficult to find “something that works.” Yet, while there may be several ways to make good product, not all are efficient, competitive or even sustainable. Limitations in capital expenditure and overreliance on legacy equipment are common obstacles that keep processes stagnant for years and decades even as various aspects of the business are constantly undergoing significant changes. The irony is that a careful re-evaluation of mixing procedures can reveal achievable steps to significantly reduce costs.

One technique is to examine the entire production flow and determine if multiple mixing operations can be performed in a single machine without sacrificing product quality. One major benefit to “one-pot processing” is the reduction of energy consumption though many other incentives are equally justifiable including faster throughput, easier cleanup, less transfer steps and lower operating cost. 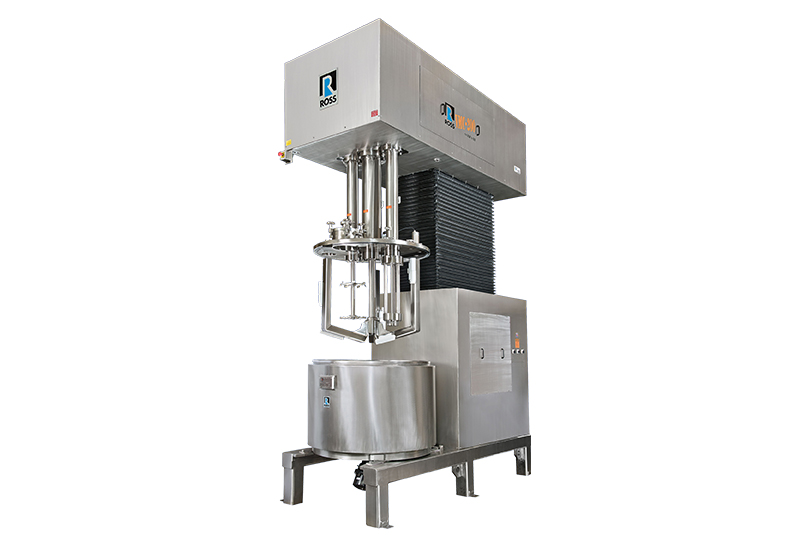 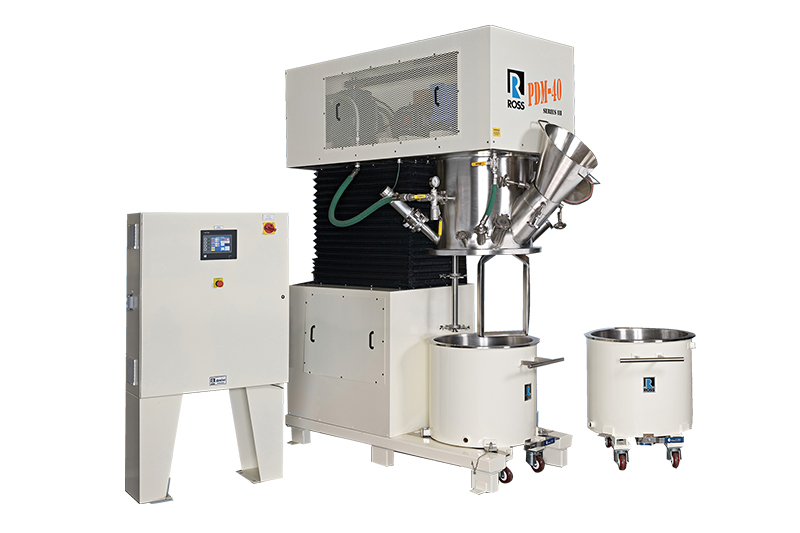 Figure 2. Planetary disperser used for highly filled viscous products up to around 2 million cP. The rectangular stirrer blade and high-speed disperser revolve around the batch while rotating on their own axes at variable speeds. 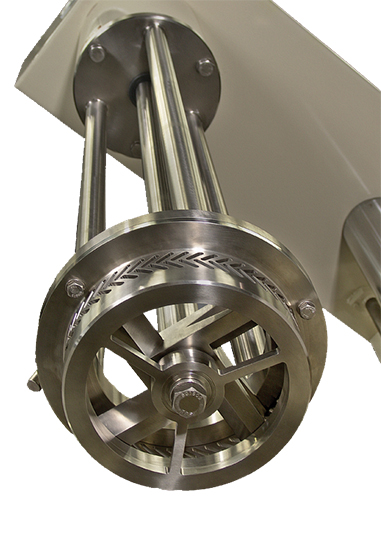 Figure 3. A batch-style, ultra-high shear mixer capable of reducing measured particle size comparable to one or two passes through a media mill 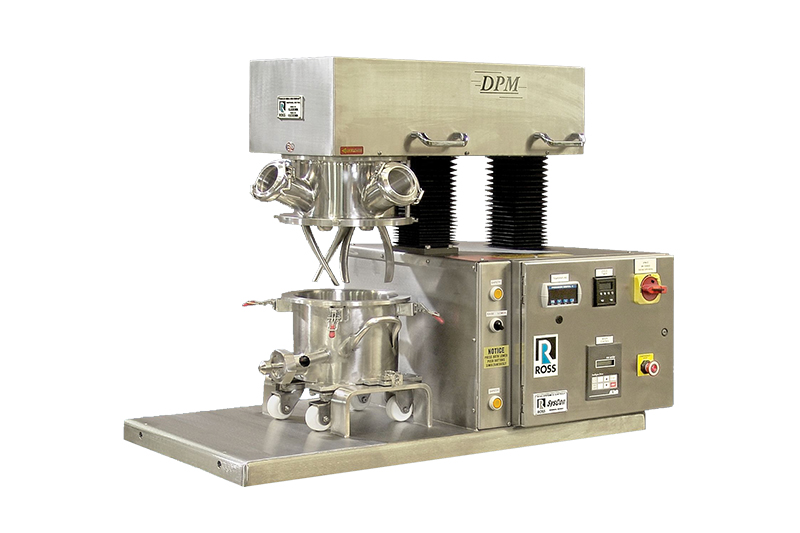 Figure 4. All-stainless steel laboratory double-planetary mixer. When equipped with high viscosity (“HV”) Blades (US Patent No. 6,652,137), a double-planetary mixer as shown can efficiently handle thick formulations up to 6 million cP or more. This mixer type is also recommended for many shear-sensitive and abrasive materials. 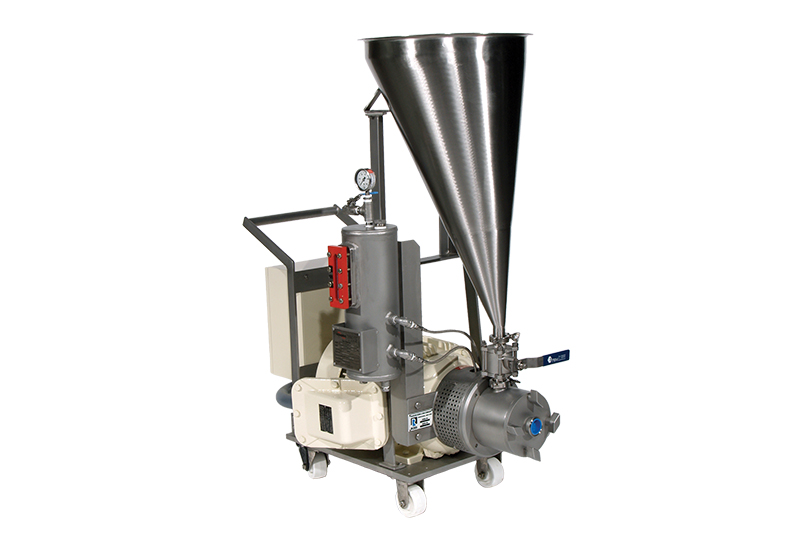 Figure 6. How a powder induction mixer works: The liquid stream (blue) enters the mixer and immediately encounters the powder addition. Drawn by a powerful vacuum generated by the ported rotor, powders (yellow) are injected directly into the high-shear zone and dispersed instantaneously. The resulting mixture (green) is expelled centrifugally through the stator openings at high velocity.

It is important to note that mixing results are always formulation-dependent. Whenever practical, perform simulation trials using your own raw materials to confirm a new mixing strategy. Ask your mixer supplier about testing and demonstration services or rental equipment, which you can use for trial production runs in the convenience of your own plant. 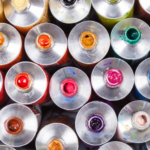